Talk:Galaxy Identification in the Taurus Field

Jennifer, good job on posting, but from now on, please try to open up a new thread unless what you are posting applys directly to the previous post. Did you have any problems posting?

Today, stayed after with Alexis, Danielle, Cale, and Alix in Mr. Spuck's room. Took notes on basics of things for the Austin trip. Parents signed the permission slip and are pleased with the trip. Mom's meeting with Mr. Spuck went well, obviously.

Tomorrow, doing notes on the book Mr. Spuck gave me.

I officially have my hours as of today. :)

--Spuck 11:29, 4 December 2007 (PST) Jennifer, I'll need to see the log of your hours sometime before friday. Also, why don't you type up the notes from our discussion and get them posted on to the galaxy classification board. You can make the graphics in paint, or draw and scan them in, or use a digital camera to take pics of your notes and upload the graphics. Either way is fine with me.

Jennifer, again, good job on posting, but please post in the Galaxy section, if you need a refresher on how to get to it, from the main page go to Future Research Projects and then from there Galaxy then discussion. I beleive that is the route.

TODAY I HAVE BEEN ON GALAXY ZOO IDENTIFYING GALAXIES. ALSO, I HAVE STARTED WORKING ON NAMING THE .FITS FILES THAT MR. SPUCK GAVE ME. I AM STILL HAVING A LITTLE TROUBLE WITH THE Sb GALAXIES BUT OTHER THAN THAT, EVERYTHING IS OKAY.

--Spuck 11:07, 4 December 2007 (PST) Jennifer, FYI discussions on the Taurus Galaxy project will now take place in a different part of the Wiki. Go to the discussion page off of the Galaxy Clasification Page. And know you should not have known that at this point :). Thanks. 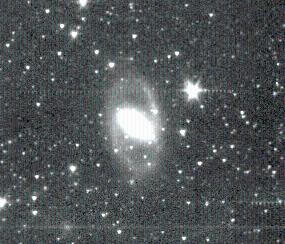